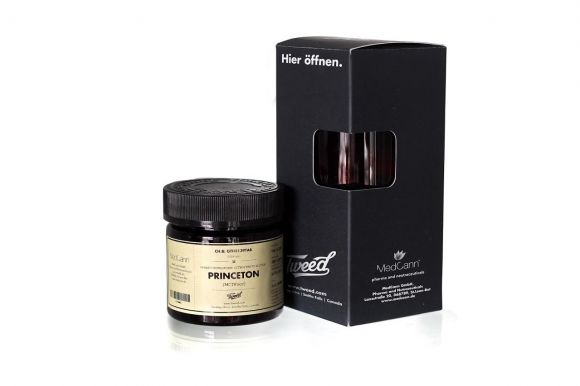 Tweed is working with MedCann in Germany, a privately held pharmaceutical company.

About MedCann:
(The following excerpt was taken from the Tweed press release)

"MedCann GmbH was founded in June 2015 by Dr. Pierre Debs and Rainer Hofmann. MedCann GmbH is an importer, manufacturer and distributor of medical cannabis products and is federally licensed by the German Heath Ministry. Dr. Debs is a stem cell biologist with over 25 years research experience at world class research universities in the US and Europe. Rainer Hofmann is a successful businessman having established and directed a variety of businesses in the Heidelberg area for over 20 years. MedCann GmbH operates under strict GMP and GDP guide-lines for all aspects of sourcing, transporting and releasing medical cannabis products."

In a press release issued July, 25, 2016 by Canopy Growth Corporation:

Chairman and CEO of Canopy Growth said, "Introducing Tweed product to German medical cannabis patients is an exciting and groundbreaking event. Patients will soon have a new choice in variety for their medical cannabis, and we are honoured to be involved in the changing landscape for German access and choice."

Germans can presently access legal medical cannabis through pharmacies for a variety of medical conditions, though adequate domestic production has not yet been established. Tweed will launch an initial two strains in Germany, and hopes to bring further variety to market as soon as possible.

"As the German population now knows, the regulatory aspects and laws concerning medical cannabis have evolved to address the growing needs of medical cannabis patients in Germany," said Dr. Pierre Debs, co-founder of MedCann. "Now, in the summer of 2016, through the concerted efforts of MedCann and Tweed, patients across Germany can be assured of a new supply and variety of the highest quality medical cannabis."

With this new Tweed announcement, Canopy is on the road to building a recognizable international brand by bringing its medical marijuana products and expert knowledge to four continents, North America, South America (Brazil), Australia, and now, Europe (Germany).