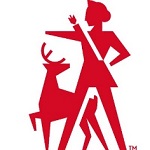 "We are incredibly excited to now have our license to sell, and to begin serving Canada's medical marijuana community," says Maxim Zavet, President of Emblem Cannabis. "We have spared no expense and have built what we believe is one of the top growing facilities in this country. As we expand our production facility and diversify the strains we grow, we are also looking forward to being one of the premium producers in Canada's medical market and a leader in the recreational market when that becomes a reality."

"As a company we pride ourselves on product leadership and producing a range of premium strains by growers who are just as discerning as their customers and patients," says Zavet, "strains free of contaminants that are grown in an indoor, state-of-the-art environment that allows for perfect growing conditions and that includes custom HVAC units, and humidity and climate controls."

Emblem Cannabis is part of a larger, integrated healthcare company called KindCann Holdings Limited ("KindCann") that encompasses patient and physician education centres known as GrowWise Health, and a division committed to the development and sale of cannabis-based pharmaceutical products.

"KindCann has assembled an exceptional management team to lead its healthcare and its pharmaceutical verticals," say Gordon Fox, CEO of KindCann. "Our healthcare division, GrowWise Health, operates health centres that offer cannabis education to patients and physicians and provide patient access to medical marijuana. GrowWise is led by Harvey Shapiro, former founder and CEO of Dynacare Laboratories. Our pharmaceutical division is focused on the development and sale of cannabis-based pharmaceutical products and is led by John Stewart, former CEO and President of Purdue Pharma LLP. We expect our pharmaceutical division to dramatically expand Emblem's sales into the Canadian medical marijuana market."

"The receipt of our license is an important milestone in the overall development of our integrated business strategy," says Fox.

For the past several months Emblem has been developing and growing a variety of strains and their phenotypes, with a wide range of cannabinoids and terpenes and that catalogue of strains is expected to grow substantially in the coming months as cultivation space, and production expand substantially.

"At its heart, Emblem is about the pursuit of better living - whether this be for medicinal purposes, or in the near future, recreational purposes," says Fox.

Emblem Cannabis Corp. expects to be in the position to fulfil orders to authorized patients by October 1, 2016.

Emblem Cannabis Corp. is a fully integrated Canadian medical marijuana, healthcare and cannabinoid-based pharmaceutical company licensed to carry on business as a producer of medical cannabis by the Government of Canada.