Medical marijuana patients now able to consume marijuana and use extracts and derivatives!

On June 11, 2015, the Supreme Court of Canada ruled to legalize marijuana oils and edibles.

As a result of the Supreme Court of Canada decision, individuals authorized to possess marijuana under the MMPR and those falling under the terms of a court injunction (for example, Allard injunction) may now possess marijuana derivatives for their own use‎. ‎In order to eliminate uncertainty around a legal source of supply of marijuana, Health Canada has taken the immediate step of issuing a section 56 exemption under the Controlled Drugs and Substances Act (CDSA), allowing licensed producers to produce and sell cannabis oil and fresh marijuana buds and leaves in addition to dried marijuana (plant material that can be used to propagate marijuana will not be permitted to be sold by licensed producers to clients). The role of healthcare practitioners in authorizing marijuana for medical purposes does not change.

Change is in the wind, and Marijuana.Ca is part of it.

The Supreme Court of Canada recently Legalized Edibles and Derivatives for Doctor Authorized Medical Marijuana patients.  In the column below, we will link to articles, opinion pieces and quotes from various Canadians about this important area.

Marijuana extractions of any kind have made an incredible boom in both the medical and recreational markets. They’re versatile, have countless uses, and have incredible medicating properties.
> more @ Lift

The torrents racking Isabelle Knowlton's brain have subsided. The 10-year-old girl is now winking at boys in church. For the first time, she is giving hugs and lighting up at the mention of her favorite TV show. Therapeutic cannabis has put an end to the seizures that derailed her development until January. And Isabelle is not alone. One year after Utah first allowed patients with intractable epilepsy to obtain a type of hemp extract, other families are sharing similar stories.
> more @ Salt Lake Tribune

Marijuana.Ca urges Health Canada to move immediately to allow Licensed Producers to produce various kinds of derivatives, edibles, oils and topical creams. There are many kinds of authorized MMPR patients who, for various reasons, cannot or should not smoke or vaporize dried marijuana. For example, most sick Canadians who are on ventilators should not smoke or vaporize dried marijuana. Same goes for many of the Canadian kids who have severe epilepsy or Dravet Syndrome. 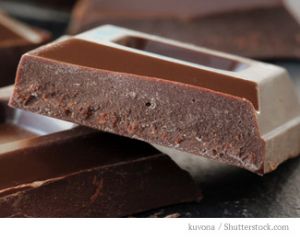 Canada -  "You can just look at the mess they’ve made of medical marijuana." - Liberal Leader Justin Trudeau, referring to the Conservative Government's Medical Marijuana Program.

About Marijuana Legalization for Adult Use : "So if you regulate it, if you control it, whether it’s working with the provinces, which we’ll have to do anyway for the equivalent of a liquor control board to sell it. If we look at a liquor store model, they’re actually provincially regulated and that will require us to work with provinces. There’s no expectation. As for age, in my mind the age of majority as set by the provinces makes sense. Eighteen in the provinces that choose 18 and nineteen in others." - Justin Trudeau
> more @ Ottawa Citizen

The Supreme Court of Canada’s decision to allow approved patients to turn their dried marijuana product into oils or edibles has been much anticipated by industry members like Tweed of Smiths Falls whose application for oils is currently in process. About nine months ago Health Canada began accepting applications for an attribute (or additional permission to an existing license) that would allow approved companies like Tweed to take the dried marijuana flower and extract the oils. Tweed got in on that process last fall, and while the length of this process is unclear, Bruce Linton, CEO of Tweed said: “I think we’re well along it. That attribute could be much more valuable given that ruling.”
> more @ Inside Brockville
-
Marijuana.Ca urges Health Canada to move immediately to allow Licensed Producers to produce various kinds of derivatives, edibles, oils and topical creams. There are many kinds of authorized MMPR patients who, for various reasons, cannot or should not smoke or vaporize dried marijuana. For example, most sick Canadians who are on ventilators should not smoke or vaporize dried marijuana. Same goes for many of the Canadian kids who have severe epilepsy or Dravet Syndrome.

Court Decision: “As soon as it happened on Thursday [June 11], our phone started ringing off the hook from different dispensaries across Canada wanting to get our product into their stores,” said Michelle Sikora, who owns and operates S&M Medicinal Sweet Shoppe with her husband Doug out of their home in Selma Park. “People are asking us, ‘How much can we get and how fast?’”
> more @ Coast Reporter

"The head of the company that plans to develop cannabis-based oils, creams and capsules in Owen Sound is applauding a Supreme Court of Canada decision that expands the definition of legal medical marijuana beyond the traditional smoked variety. “We’re excited. It plays right into our opportunity because we had always wanted to focus on oils and derivatives and concentrates and so forth,” Scott Boyes, president of the Toronto-based Canadian Bioceutical Corporation.
> more @ Owen Sound Times

Interested in starting your own recreational cannabis shop or medical marijuana dispensary in Colorado? Want to join an exciting, rapidly-growing industry before it starts to get crazy crowded? Here’s a handy, step-by-step guide to opening your own cannabis location, whether it's medical or recreational, in Colorado.
> more @ Leafly

Alex Repetski gives his 3 year old daughter Gwenevere marijuana oil to treat her epilepsy. But under rules in place until this week, that oil has been illegal because medical pot users were only permitted to use dried marijuana.
Marijuana.Ca comment : The major problem here is that Health Minister Rona Ambrose and Health Canada will not allow Licensed Producers to make this marijuana oil, which forces Alex to either give his daughter joints to smoke or to make the oil himself.

USA - Texas - Medical Marijuana Oil, A Legal Treatment For Epileptics. - everythinglubbock.com
Jared Dempsey, neuroscientist and executive director of Addiction Recovery Research Institute, said case studies have proven that a tailored and controlled dosage of cannabis oil helps reduce the amount of seizures for some epileptics that are resistant to medications.
"There are many people that need this treatment, because no other treatment works and they are going to places to access it and it can be quite dangerous," Dempsey said. "What we need to do and what the state is moving towards is putting this in the hands of physicians and providers and regulating it and providing therapeutic dose levels." - Jared Dempsey
> more

Recipes: Edibles, Tinctures & Topicals
Recipes are for informational purposes only,
and do not represent  medical advice
or the therapeutic opinions of Marijuana.Ca.

How to make Cannabutter

Published on Apr 20, 2015
Cannabutter - Cannabis-infused butter - is easy to make and can be used in many recipes in place of butter.  Edibles expert and chef Melissa Parks shows you how to prepare and store cannabutter for use in your recipes.
Check out the complete recipe at http://www.thestonerscookbook.com/rec...

Published on Apr 19, 2015
In this video, chef and edibles expert Melissa Parks explains how to decarboxylate your cannabis before cooking with it. "Decarbing" cannabis releases the full psychoactive effect.
The full recipe is at http://www.thestonerscookbook.com/how...

How to Make Marijuana-Infused Brownies

Published on Apr 20, 2015
Pot Brownies are the edible classic and in this video, Melissa shows you how to make 24 delicious, cannabis-infused brownies that will delight the taste buds and soothe the mind...
The full recipe is at http://www.thestonerscookbook.com/rec...

How to Make Marijuana Coconut Oil

How to make CannaOil with Coconut Oil plus Dosage information. This is not to be confused with Cannabis Oil.
http://www.chefderekbutt.com