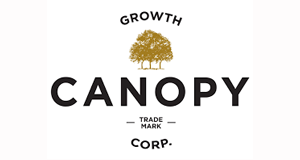 SMITHS FALLS, ON, June 08, 2016 /CNW/ - Canopy Growth Corporation (TSX.V:CGC) ("Canopy Growth" or the "Company") is pleased to announce it has received conditional approval from the Toronto Stock Exchange (the "TSX") to graduate from the TSX Venture Exchange and list its common shares on the TSX, representing another major industry first for the Company.

Canopy Growth was the first federally approved, publicly traded cannabis producer in North America when it listed on the TSX Venture Exchange in April 2014. It was also the first geographically diversified producer with multiple production licenses and the first in the sector to surpass $100M market capitalization.

"Graduating to the TSX, and to be the first in the sector to achieve it, is a major accomplishment for our team," said Bruce Linton, Chairman and CEO, Canopy Growth. "The sector is growing rapidly and we have focused on maintaining our leadership position as it grows. Listing on the TSX will bring even more visibility and credibility as we pursue domestic and international business."

The Company wishes to thank the TSX Venture Exchange for facilitating its listing since 2014. Public trading has allowed Canopy Growth to operate transparently in an emerging sector that required an unprecedented level of openness in order to be understood. Management welcomes the exposure the new listing will bring from retail investors and institutional managers.

Final approval of the listing is subject to Canopy meeting certain standard requirements of the TSX on or before September 1st, 2016. The Company expects to satisfy all of the requirements and will make a further announcement once the TSX has issued a bulletin confirming the date on which trading on the TSX will commence. Upon completion of the final listing requirements, Canopy Growth's common shares will be delisted from the TSX Venture Exchange.

Financial results for Q4 2016 and FY 2016, the three and 12-month periods ended March 31st, 2016 will be released prior to the end of June 2016. Additional details, including dial-in information for the quarterly conference call will be released one week prior.

Canopy Growth is Canada's first publicly traded medical marijuana company and the first geographically diversified producer with dual licenses under the Marihuana for Medical Purposes Regulations. Through its wholly owned subsidiaries, Tweed, Tweed Farms, and Bedrocan, the Company operates three state-of-the-art production facilities in Ontario and distributes marijuana across the country to Canadian patients managing a host of medical conditions. The Company is dedicated to educating healthcare practitioners, providing consistent access to high quality medication, conducting robust clinical research, and furthering the public's understanding of how marijuana is used for medical purposes. www.canopygrowth.com